'Lest we forget' In memory of 12 Scarborough based WRNS killed at sea in 1941.

Frank Cook, from Saltburn, donated to us a hand drawn picture of the SS Aguila that was sunk by torpedo in August 1941.

The Aguila was a British steam ship that carried fruit, cargo and passengers. She was built in Dundee in 1917 and was owned by the Yeoward Line, operating out of Liverpool to Lisbon, Madeira and the Canary Islands. Aguila is the Spanish word for eagle. This was their second ship named Aguila, the first built in 1909 and sunk by U-boat in 1915.

Aguila had nine furnaces and three boilers feeding steam to a three-cylinder triple expansion steam engine giving her 12 knots of speed. She was 315 feet long, 414 feet wide and weighed 3600 tons.

From October 1939 Aguila continued her voyages from Liverpool with only convoy protection on outward voyages. West of Portugal she would leave the convoy to enter neutral Portuguese waters and proceed to Lisbon unescorted. After calling at Lisbon she would continue unescorted to Las Palmas and Tenerife, and return unescorted to Liverpool. Aguila survived Liverpool's Christmas Blitz of 20th to 22nd December 1940.

In August 1941 she was loaded wit a general cargo and at least 86 Royal Navy personnel bound for Gibraltar and six civilian passengers. The RN personnel included nine Fleet Air Arm, seven Royal Naval Patrol Service, three RNR, 11 RNVR, 21 Women's Royal Naval Service (Wrens) and 35 others. The Wrens were all volunteers for duty in Gibraltar, 12 as cypher officers and 9 as wireless operators. 12 of these were Scarborough based.

Aguila was one of 23 merchant ships that formed Convoy OG 71, which left Liverpool on 13 August. Aguila's Master, Arthur Firth, was at the helm.

On 17 August a German aircraft spotted the convoy and the next day it was attacked by a U-boat wolfpack. U-201 torpedoed and sank the Aguila at 03.10am on the 19th of August. The corvette, HMS Wallflower, rescued 10 survivors including Captain Firth and one of the RN contingent. The tugboat Empire Oak rescued six of Aguila's crew but on 22 August west of Porto U-564 sank Empire Oak, with the loss of all six of the men from Aguila.

The wolfpack attack continued attacking until the 23rd of August, and the convoy lost 8 of the 23 merchant ships and 2 escorts. After the loss of so many RN personnel in one sinking, the Navy stopped using civilian ships to carry its personnel.

The Press focused on the loss of the 21 Wrens and other Wrens donated a day's pay to a memorial fund, which paid toward a new ship for convoy escort duties, HMS Wren, launched in 1942. The balance of the fund was given to the RNLI, which in 1951 named a new Liverpool-class lifeboat 'Aguila Wren', stationed in Aberystwyth from 1951– 64 and then at Redcar from 1964–72.

The lost members of Aguila's crew are commemorated in the World War 2 section of the Merchant Navy War Memorial at Tower Hill in London. The National Memorial Arboretum now has an Aguila Memorial of a giant wren on a granite obelisk dedicated to the 21 Wrens. The Scarborough Wrens are commemorated by a statue of an angel hovering over the sea, and a memorial bench on the Lighthouse Pier. 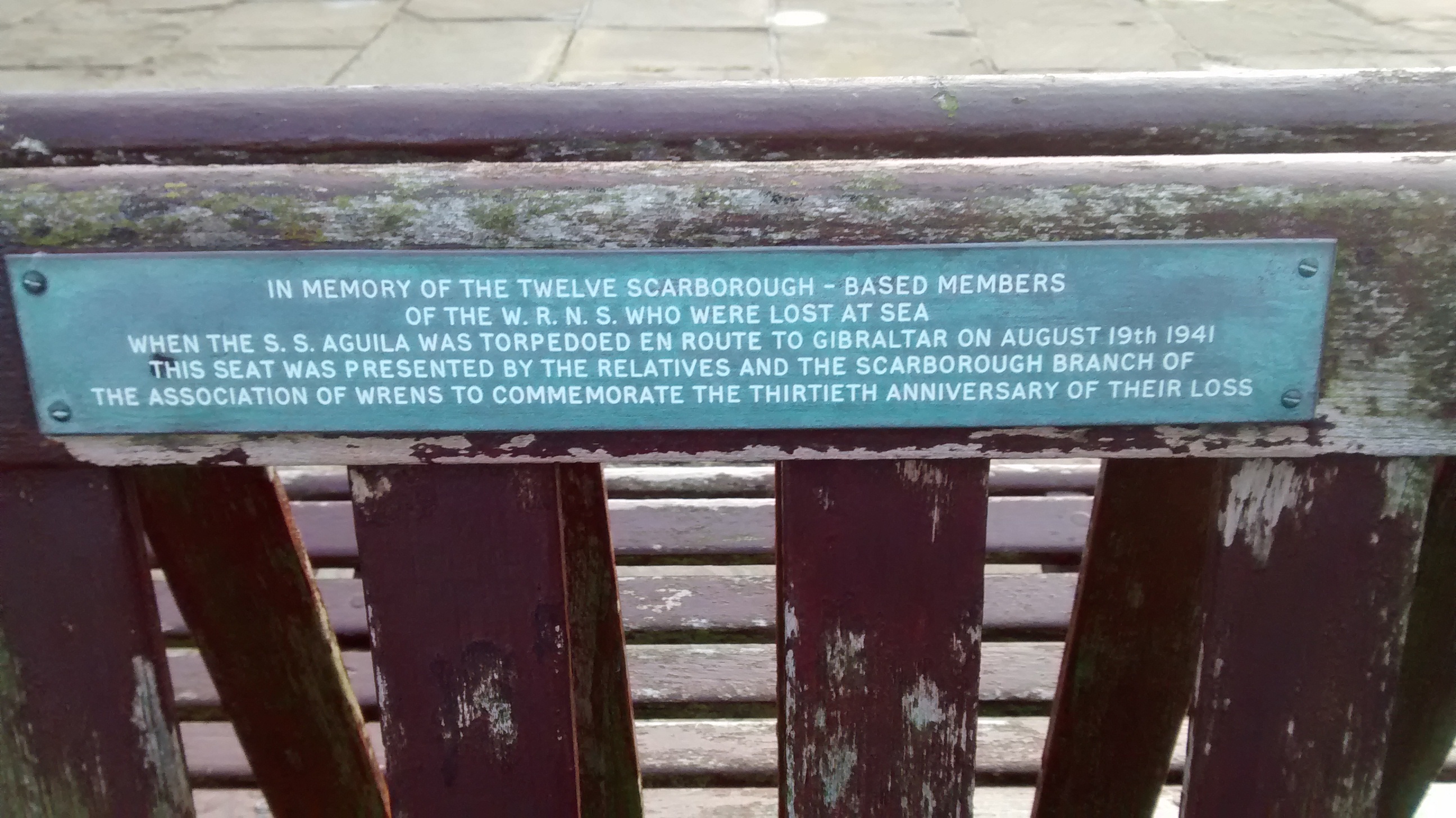