An account from the "Yarmouth Independent" of 8 October 1910: FISHER LASSIES’ GRIEF.

An impressive scene was witnessed at Scarborough at the funeral of a young Scotch fisher girl, Margaret Jane Thompson, of Fraserburgh, who died in hospital following an operation. A procession of the men and the Scotch lassies marched after the hearse. A string of carriages followed, and another bevy of Scotch girls brought up the rear. Crowds of people gathered, and the grief of the Scotch lasses affected all who saw them. Deceased’s age was twenty one. 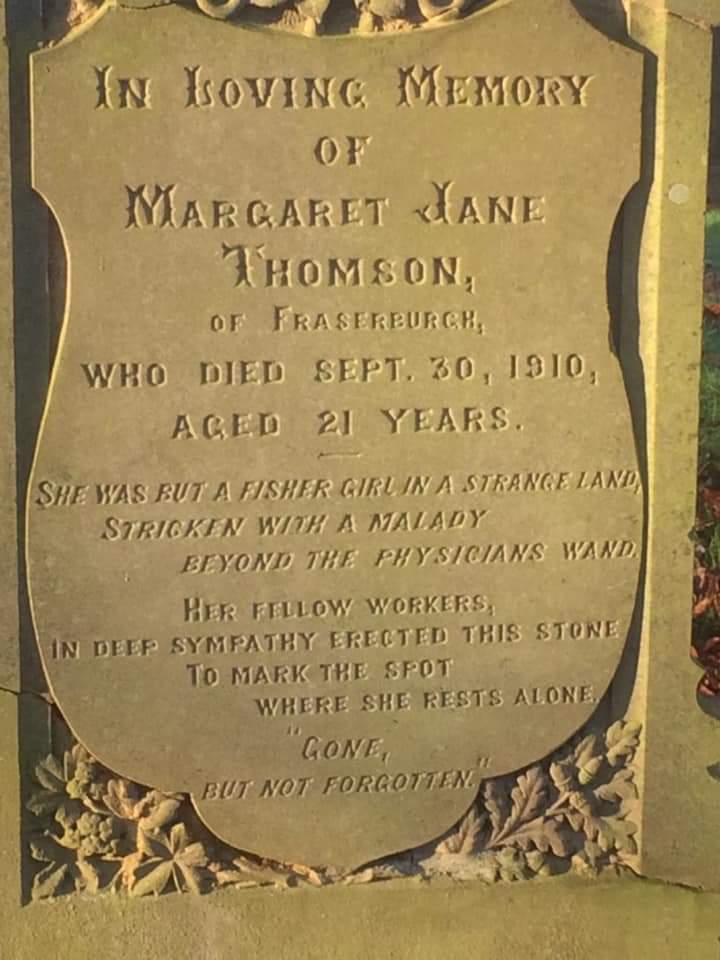